Difference between Near Death Experience and Astral Projection

Difference between Near Death Experience and Astral Projection

Lately we hear much about Near-Death-Experiences (NDEs) in books, articles, movies and TV-Shows. Perhaps we have also heard of out-of-body experiences (OBEs) or so-called Astral Projections, and we may start to ask ourselves: what exactly is the difference between a Near Death Experience and an Astral Projection?

What is the difference between Near Death Experience (NDE) and Astral Projection?

This is a reasonable question, as there are many similarities and differences to both phenomena.

A classical near-death-experience is experienced by people during a critical near-death condition, as may occur during an accident, heart attack, stroke, drowning, coma or any other life-threatening illness.

In an NDE people may feel their awareness moving outside of the body, often with a sensation of being pulled or lifted out by a ‘force’. SomeNDErs float above their physical body and can observe the inanimate empty “shell” as if they were watching someone else’s body from a distance. Often for the first time, they experience a clear separation of their consciousness (soul, mind) from the human body, usually through the exit of the astral body (psychosoma), which can be quite surprising. 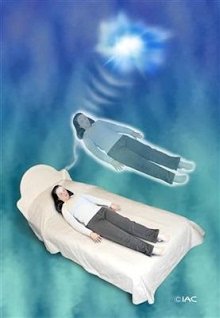 Many observe bystanders coming to their aid or hospital staff working to revive their body. At some point during the NDE they may see a light or tunnel and may move into a different non-physical reality (dimension) in which they reunite with a group of close or distant family members, friends and partners.

During these experiences, a being tends to serve as guide or mentor to show them specific non-physical places and discuss their situation.This often involves a panoramic life-review in which they see moments of their life flashing in replay, a form of self-reflection on how they lived their life up until now.

Experiencers describe their NDEs as very different from physical reality, altered states and ordinary dreams. They say this reality felt more real, their mind and mental faculties were hyper-aware, their perceptions multisensory and extremely vivid. Often they feel a deep connection to their surroundings, with the ability to read energies, emotions and thoughts of bystanders.

A discussion with a mentor or family member usually follows the welcoming and may involve reasons for a return to the body or a final choice to stay. Their bodies are revived and the vital functions restored.

Their point of awareness moves back inside the body and they feel the body again and often the pain.What makes this an NDE and not their death is the fact that they do eventually return to their bodies, restore their health and continue to live their physical life.

Out of Body Experience –OBE or Astral Projection

A classical out-of-body experience can naturally occur to anyone in a healthy body and state of mind, although they may happen under any other condition or circumstance as well.OBEs occur mostly spontaneously or at will through OBE-techniques, while the body is resting, sleeping, or sometimes during meditative and altered states. During anOBE people may feel their consciousness (soul, mind) either slowly or rapidly disconnect from the physical body usually through the exit of the astral body (psychosoma). 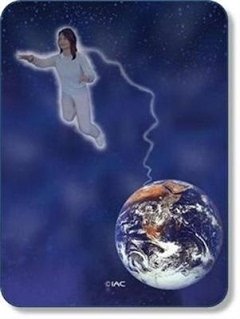 This is usually accompanied by sensations of take-off, like being pulled or gently lifted out of the body,strong currents or vibrations, buzzing sounds inside or around the head and others. During take-off there is generally a brief gap in awareness when the focus switches from the physical body to the non-physical (astral) body.

The awareness then returns and people find themselves outside the body in another location or another realm (dimension). The perceptions during a lucid OBE are similar to an NDE, with higher levels of awareness, sharper vision, vivid colors, multisensory reading of environments, energies, thoughts and emotions, and the use of telepathy, greater access to information, including past-life recall and more clarity for self-reflection.

Trained individuals in lucid projections can control this experience and explore non-physical dimensions on their own, such as visiting places and beings in the non-physical reality through intention.

Difference Between Near Death Experience and Out-of-Body Experience 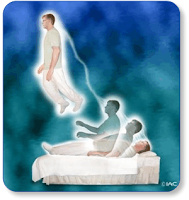 An NDE is a subcategory or a type of out-of-body experience. An NDE is considered a forced OBE, because the astral body is forced outside the body when the body loses all or aspects of vital functions. The main difference that makes an OBE an NDE is the trauma to the physical body and coming so close to death in this situation. An OBE is generally safe, natural and non-life-threatening.

Both NDEs and OBEs are experiences that can lead to a profound inner change and personal growth, such as increased altruism and patience, a change in values and beliefs, as well as loss of the fear of death. While NDE accounts can be very positive and inspiring, it is not recommended to try to have an NDE, because it would involve compromising one’s health and physical life.

However, it is possible and advisable to train to have OBEs, because one can have many lucid OBEs that are safe and just as life enhancing.

We hope this article helped you understand the differences between Near Death Experience and Astral Projection. Please feel free to leave your comments below.